All of the buildings and places featured in the L8Unseen portraits were chosen for their significance to Liverpool and L8. Many were founded on the proceeds of the city’s international trading links and the transatlantic slave trade. 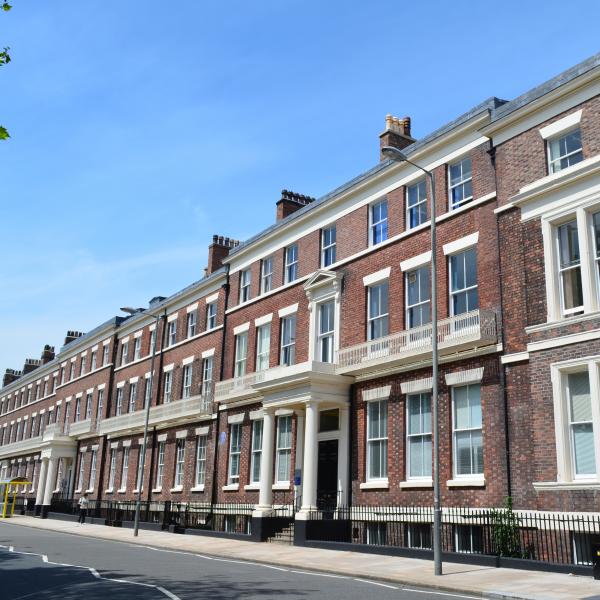 School of Architecture, University of Liverpool

This townhouse was built in the early 1860’s for the affluent businessman, Charles Kuhn Prioleau from South Carolina. Prioleau supported the Confederacy during the American Civil War providing the finance for the building of ships: the most famous of which was The Alabama. 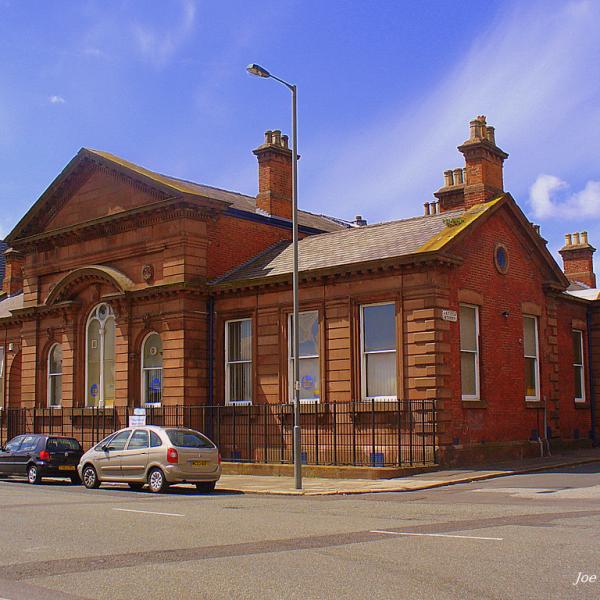 Built in 1865-6, it was originally named, ‘The Township of Toxteth Park Public Offices’. During its history its uses have included: Register Office, Medical Dispensary, Morgue, Coroners Inquests, Services for the Destitute, Means Testing, Hardship Support, Food Bank, Police Cells and Department of Unemployment. 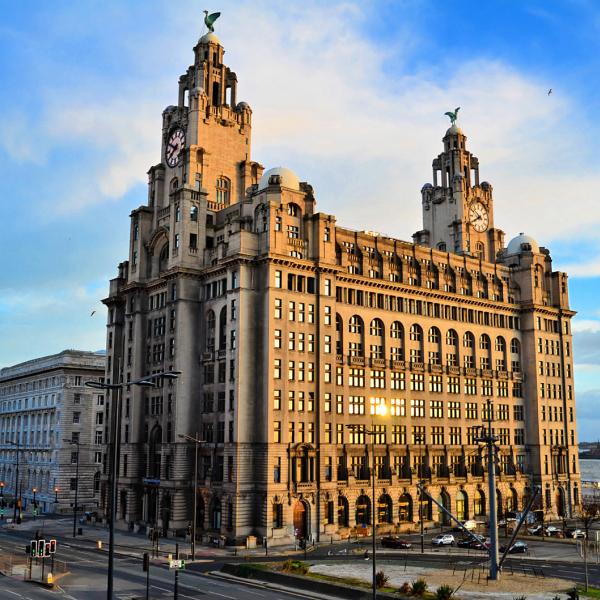 The Royal Liver Building was built as the head office for Royal Liver Assurance company founded in Liverpool in 1850. At the time of its opening in 1911 it was the tallest building in Great Britain. The Florence Institute was founded in 1889 by Sir Bernard Hall, a West Indian sugar merchant and former Mayor of Liverpool. The club was built as a memorial for his daughter Florence who died at the age of 22, to provide activities for boys from the surrounding area. Built as the Great George Street Congregational Church in 1840, it replaced an earlier church destroyed in a fire. The first minister of the new church, Thomas Raffles was an active slavery abolitionist. The church has been used as a community centre by people from the L1 and L8 communities since 1968. 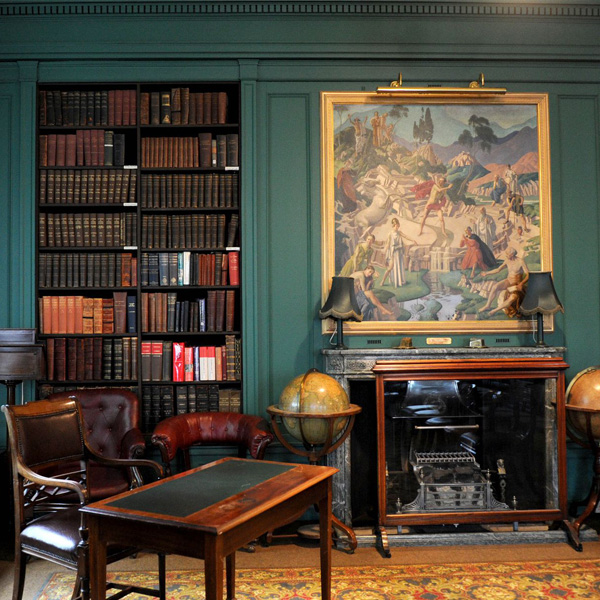 The Athenaeum is the oldest private members’ club in Liverpool: it has been in continuous use since 1797. The club was founded by Liverpool’s most prominent citizens, many of whom were involved in slavery and the transatlantic slave trade. 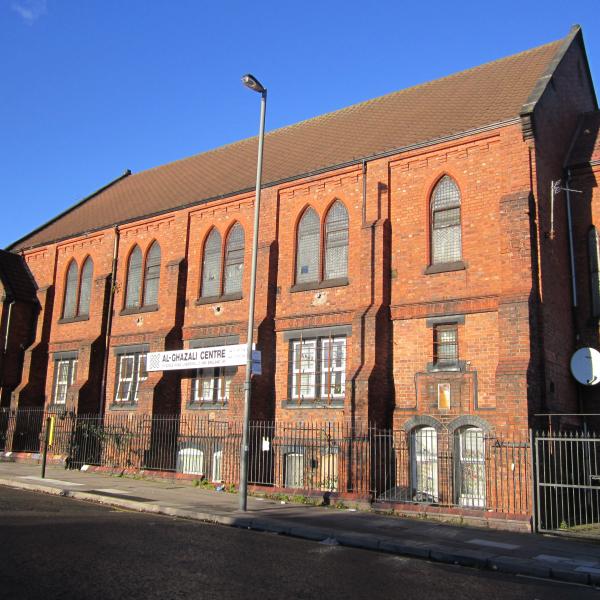 The Al-Ghazali Centre was established in 1992 by parents from the local Yemeni community. The Centre, originally a redundant church on Earle Road in Liverpool 7, was refurbished to provide a wide range of support to the local community. 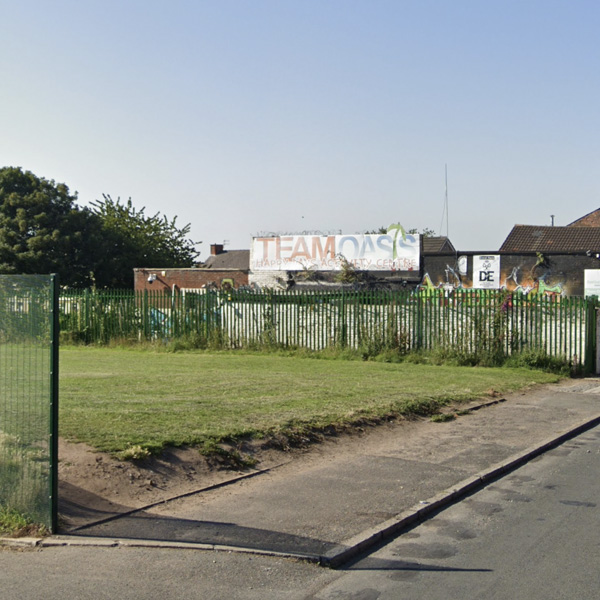 The charity provides activities for children of all abilities and circumstances in and around Liverpool. Based on Upper Stanhope Street, they run a wide range of activities for 4-16 year olds. Their main ethos is to bring children with disabilities and mainstream children together to break down barriers and help to form new friendships. 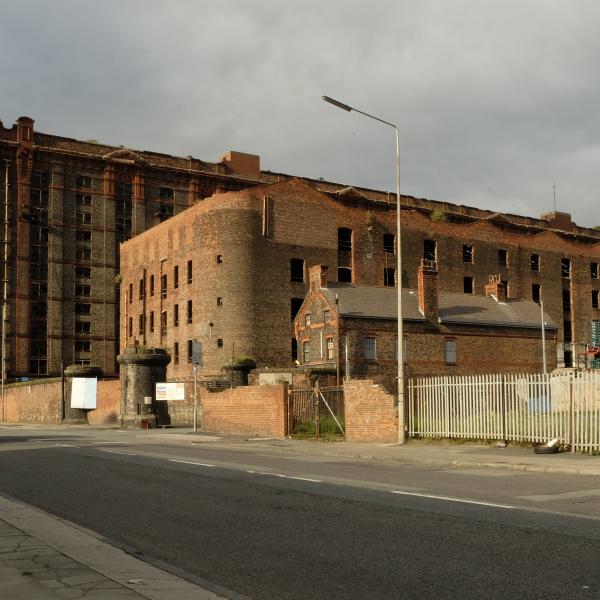 Built in 1847 by Jesse Hartley. This warehouse was used to store goods imported and exported through the port tapping into Britain’s Empire and booming Atlantic trade. A few years earlier he had designed and built the Albert Dock. 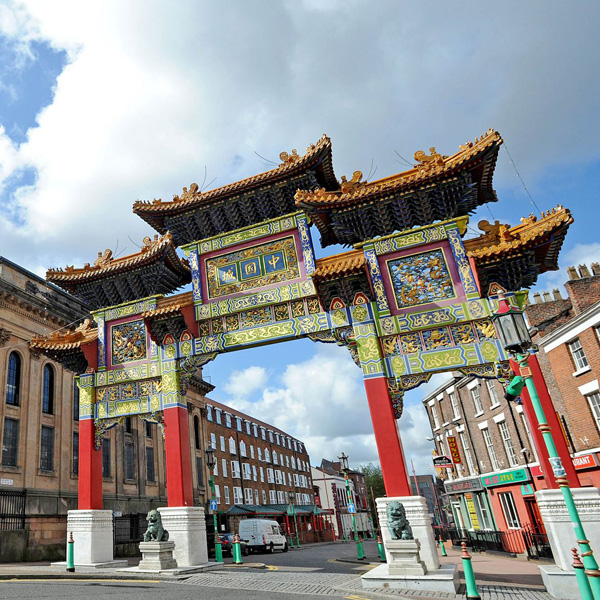 Pagoda Chinese Youth Orchestra is based on Henry Street in Liverpool and is the first and largest Chinese youth orchestra in Europe. It teaches young people how to play traditional Chinese musical instruments and offers a programme of training and performance opportunities throughout the year. 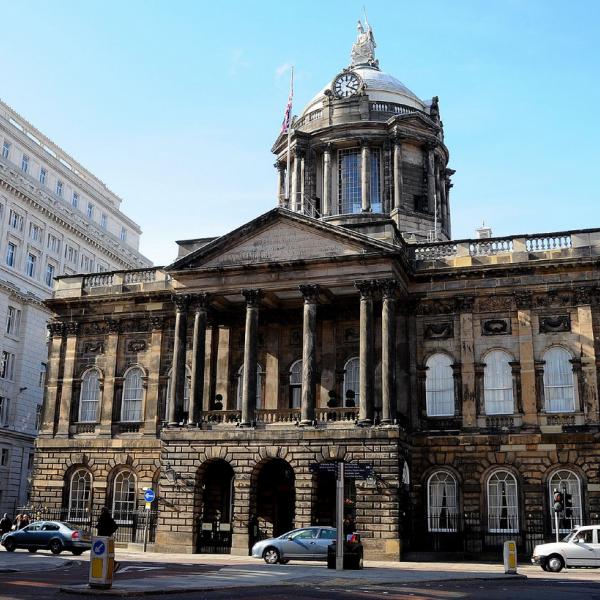 Built by the famous architect John Wood in 1749, Liverpool Town Hall is considered one of the finest Georgian civic buildings in the country. Much of the money used to build the Town Hall was provided by benefactors who had made fortunes through the slave trade. 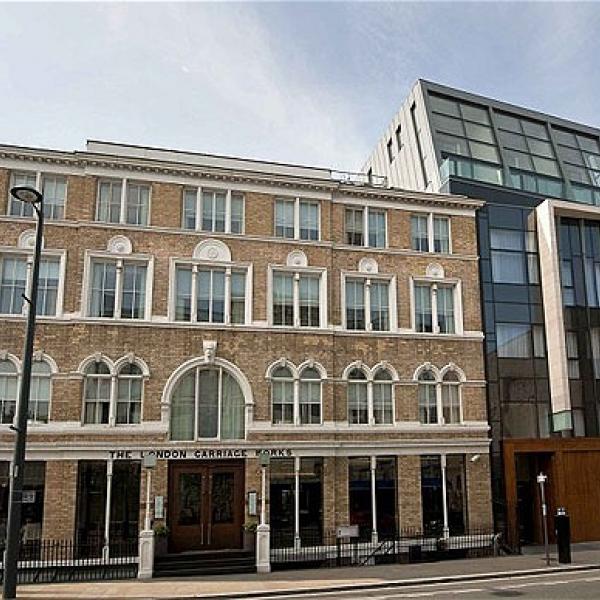 The Hope Street Hotel is housed in a 19th-century Venetian palazzo which dates to 1860 originally home to and named ‘The London Carriage Works’ warehouse, which opened in 1869, and housed various companies, including booksellers, telephone operators and Armstrong Siddeley – coach makers for Rolls Royce. 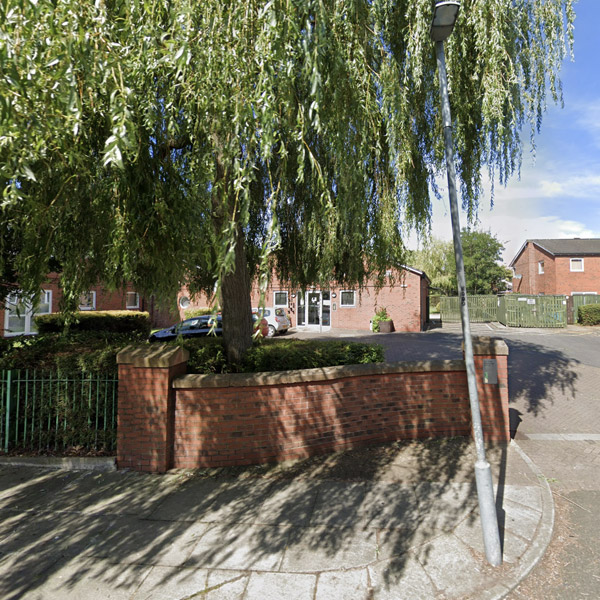 Sheltered Housing for older residents in Liverpool 8 run by Steve Biko Housing Association. The Elderly tenants luncheon club was set up by the late Herbie Higgins MBE, himself a tenant and a leading figure who had a passion for supporting community elders. 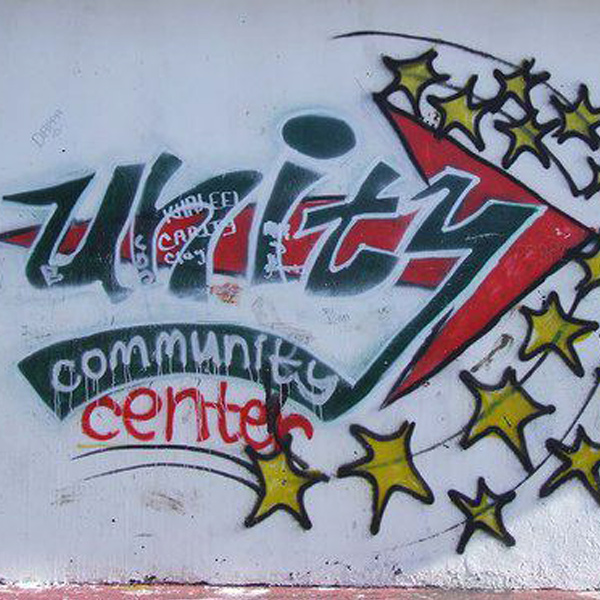 Unity Community Centre works with young people in Toxteth, and beyond, from all faiths and cultures. They are open to the community everyday and their ambition is to make Toxteth, especially the area around Lodge Lane, feel like family.

Locations
The Florrie Old Boys. Edward Reeves – Lived his whole life in Liverpool. Having spent most of his youth in the Florrie, Edward’s first visit was to the Thursday night boxing sessions with his father as a young boy. He’s most proud of the house he built in Kirkby – a house he’s lived in for 40 years. William Charles Dumbell – Born and raised in the Abercromby Area, Liverpool. Spending a good portion of his youth playing football at the Florrie, William’s connection with the building grew so deep that he was later made a trustee. And his efforts, along with many others’, resulted in the restoration of the building. To William, the Florrie is more than just a place for young people to hang out; it’s a physical statement of how communities can come together, regardless of their religion and ethnicity.
Cherise Smith
Tiber Project – Board Member. Having first joined the Tiber young people steering group when she was at school, Cherise has since joined the board of directors, something she balances with her Accounting and Finance studies at LJMU (Liverpool John Moores University). She’s most proud of being recognised in the L8 community as an acknowledged Female Achiever of the Year at The Black Achievers Awards, Liverpool 2013. Bill Harpe
Born in Darlington, came to Liverpool in 1961. Originating from Country Durham, Bill came to Liverpool in ’61 to dance at the Empire Theatre. He fell in love with L8 so he set up home. He is the co-founder and director of The Black-E, Britain’s first community arts project, and has worked there as both artist and administrator. His past works include participatory theatre and exhibitions, and creative and co-operative games, which are the subject of Games for The New Years. Sonia Bassey
Entrepreneur, born and raised in Liverpool 8. Growing up in the vibrant, active community of L8, Sonia has a strong sense of pride, political awareness and community activism. She became an entrepreneur at just 19 when she established herself as a community artist and director of her own business, which she still runs today. Now she works in local government where she leads transformation and change to services for families. Jasmine Boyce
Originally from Barbados – (20.02.1935 – 20.04 2015). Like many others, Jasmine first came over to Liverpool 8 with the common 5-year plan, to work and raise money before returning home; that is until Liverpool became a permanent home. Having faced many struggles through her life Jasmine speaks frankly about how discrimination from her own people was just as bad as the racism of the time. Never allowing such things to deter her Jasmine has always made a positive effort to mix with different people. She also reminds us of the power of compassion and understanding. Musician and Artistic Director. A leading exponent of Chinese music, Zi Lan’s career on the international concert circuit has resulted in her being the most widely heard and appreciated Guzheng (a form of zither) performer. She’s captivated global audiences as a soloist with leading orchestras, as a recitalist and through the bubbling enthusiasm of her workshops. In 2013, Zi Lan was appointed the artistic director for Pagoda Arts on Henry Street. Born in Nigeria and now lives in Liverpool. Having trained and worked as an architect in Liverpool, Tayo gave architecture up to travel the world performing his one-man play about Paul Robeson. He performed at Carnegie Hall in New York and on London’s West End, to name but a few. He continues to tour internationally, working on new plays that positively depict the sons and daughters of Africa.