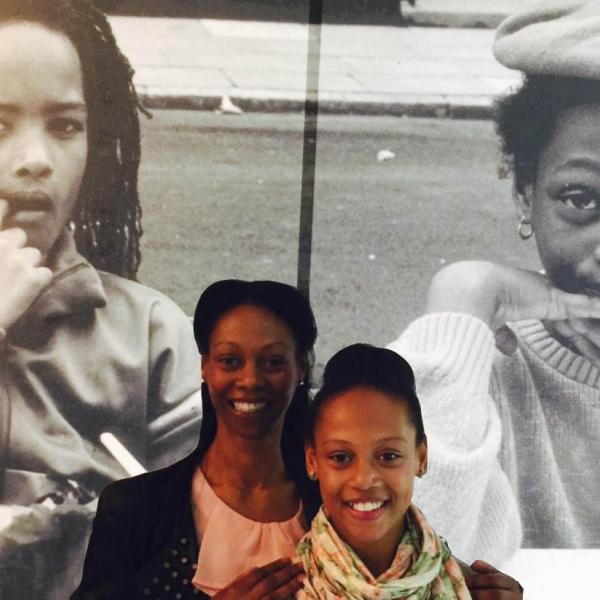 L8, more than just a state of mind

L8, more than just a state of mind

“L8 is a state of mind.” Local historian Laurence Westgaph’s phrase is one I’ve heard repeatedly since starting to curate and produce L8 Unseen, a multimedia exhibition currently at the Museum of Liverpool.

It’s a hook, a riff that I couldn’t get out of my head. Simple enough to understand but raising more questions than answers. What makes a community? What gels people together for generations? Where can we find the characters and stories making those connections? Why should they matter to anyone outside L8?

Starting in February, we interviewed, filmed and took photographic portraits of L8 people – people who had grown up, lived, worked in the area. We had just 16 weeks to complete all the portraits (including 20 large-scale prints), film and edit 40 oral histories, create interactive links for a Smartphone app, develop and install a website and interactive kiosk.

But the biggest challenge was to gain the trust of a tight-knit and protective community. Born and bred in Brixton, hundreds of miles south, I was an outsider. The community was not that different from the one I grew up in – Sus laws, riots, activism, music, energy, openness, sharing, curiosity and warmth – but L8 has an extra swagger of pride and resilience. It has stories – from a multi-cultural community about to be massively transformed. In ten years parts of L8 will be unrecognisable or no longer exist. Jobs might come with the investment but so will increased property prices and rents; social and youth services hollowed out; people and community displaced. As the developers, councils and landlords play their game of Monopoly, those most at risk are least able to play the game or even tilt the playing board. L8 Unseen is channeling Liverpool 8’s past, present and future, providing a rare glimpse of a community spirit that refuses to die.

The project has so far attracted little national media coverage – but the response to L8 Unseenhas been astounding with over 60,000 visitors in just over a month. Word of mouth at community level has brought people in to make discoveries. Like Vivian Walcott, who came to the exhibition with her daughter, finding a black and white portrait of herself taken at a street party over 30 years ago. And many other stories. Ann Lopez, mother of 5 children and 20 grandchildren, at the age of 40 went back to college to finish her O and A levels; now she talks powerfully about how she discovered her voice as a poet. Listen

Our lead image of Cherise Smith represents the future of L8. In her early 20’s, she has been part of the Tiber young people steering group since schooldays. She recently joined the board of directors of this social enterprise hub and is playing a key role in the development of her local area. Cherise was voted joint Female Achiever of the Year at The Black Achievers Awards, Liverpool (2013).

L8 Unseen has profoundly changed my understanding of the transformative power of stories. As a storyteller I now have evidence that, when shared, they empower and make a difference. L8 is more than just a state of mind. It’s a sense of identity and pride and resilience; and it’s a community which has over time had its heart ripped out, broken and scattered. But which picks itself up, licks its wounds, re-groups and gets on with business. I came away with a strong sense that the L8 community is tougher and more resilient than we ‘outsiders’ can understand. Fragile and malleable; yet tough as graphene.

I hope you get to see L8 Unseen before it closes on 6 September. Or at least visit www.L8unseen.net and watch the trailer to get an insight into a remarkable community.