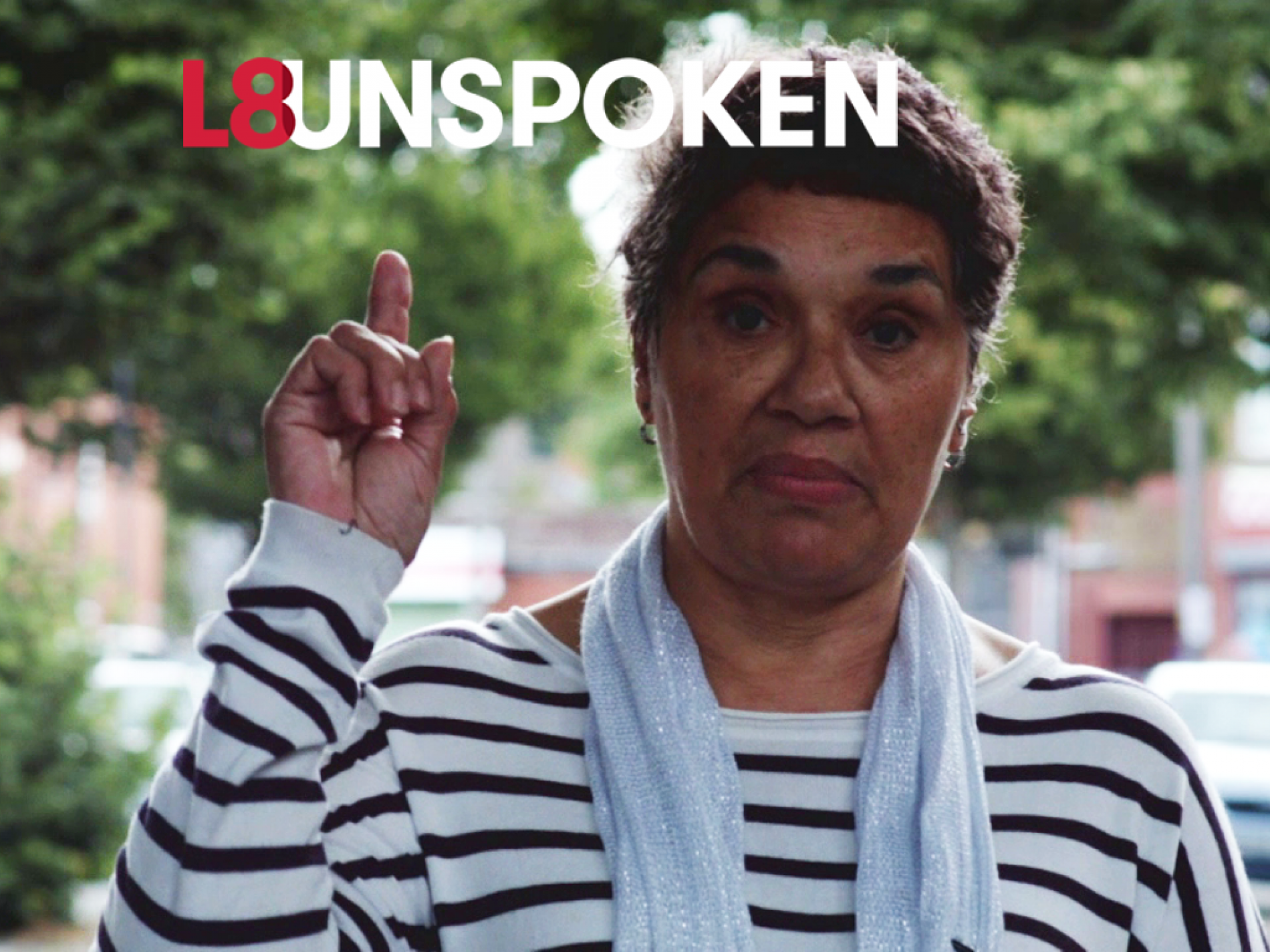 First the renovation of Victorian homes around Granby Street in Toxteth attracted a Turner Prize nomination – now nine Liverpool spoken word artists have recorded their poems inspired by Toxteth on those same streets as part of the L8 Unspoken film and web project.

In a unique collaboration for the L8 Unseen project, soon to be screened for the ongoing exhibition at the Museum of Liverpool, the nine poets braved the summer rains on Saturday 1 August to film performances of their work on and around Liverpool 8’s iconic Granby Four Streets: Cairns, Ducie, Cawdor and Eversley Streets.

The L8 Unseen exhibition at the Museum of Liverpool highlights the rich diversity of this area to the south of the city and celebrates the lives and experiences of its inhabitants. The exhibition has already received over 360,000 visitors since Easter. This unique series of spoken word short films will be shown on the large screen in the exhibition (20th August) throughout the day until the exhibition closes on 6 September 2015.

Some of the poets; Sandi Hughes, Tommy Calderbank, Ann Lopez and Abdul Malik Al Nasir, were featured as subjects for portraits in the original exhibition. A further five poets, also with roots in Toxteth, were identified by producers B3 Media and all nine were invited to write poems inspired by their passion for the neighbourhood.

L8 Unspoken was shot for B3 Media by Ian Lysaght and Jah Jussa from Tabacula and produced by Marc Boothe.